All the most important CG news in a single place!

Blender 2.81 is finally out, it's not just a bugfix update, it's a release full of improvements and new features, here's the list of the top 10 features!

"
The much anticipated update of the Blender 2.80 milestone is here! With over a thousand fixes and several important updates that were planned for the 2.8 series. Most notable are the sculpting tools overhaul, support for NVIDIA RTX ray tracing in Cycles, Intel Open Image denoising, a better outliner, a new file browser and much more.

A complete overhaul of the sculpting workflow.

Assigns a factor to each vertex before starting the stroke. Topology automasking affects only vertices connected to the active vertex.

Keep an even distance between stroke points in 3D space. Great for sculpting near the edges.

Snaps the maximum strength of the grab brush to the highlighted active vertex, making it easier to manipulate low poly models or meshes with subdivision surfaces.

Control how sensitive the sculpt normal direction is to the underlying surface.

The cursor now is aligned to the surface normal, displays symmetry and a preview curve fall-off.

Modifies the whole paint mask. In includes multiple operations like smooth, grow or contrast accessible from a pie menu.

Similar to Dirty Vertex Colors, but it generates a paint mask. It can be used to mask cavities in the sculpt.

Extracts the paint mask to a new mesh object. It can extract the paint mask creating a boundary loop in the geometry, making it ready for adding a subdivision surface modifier.

Pose a model simulating an armature-like deformation. The pivot point for rotation is calculated automatically based on the radius of the brush and the topology of the model.

Based on Pixar's paper Regularized Kelvinlets:
Sculpting Brushes based on Fundamental Solutions of Elasticity, this tool lets you grab, biscale grab, triscale grab, scale and twist operations while preserving volume.

Use the familiar transform tools now also during sculpt. Transforming around a pivot point and taking into account symmetry.

Similar to the draw brush, but it deforms the mesh from the original coordinates. When used with the sharper curve presets it has a much more pleasant crease/cut behavior than any of the other brushes. It is useful for creating cloth wrinkles, stylized hair or hard surface edges.

Applies a deformation to all vertices in the mesh at the same time. It includes multiple deformation modes and the option to lock the deformation axis.

Blender 2.81 now ships with two new ways to remesh your models, a fast one based on volumes and another one preserving quads.

Quickly create a new quad mesh based on the volume of the mesh. It is particularly useful for sculpting, to generate a good topology when blocking shapes, as an alternative to dynamic topology without the performance cost of continuous updates.

Creates a quad mesh with few poles and edge loops following the curvature of the surface. This method is relatively slow but generates higher quality for final topology. 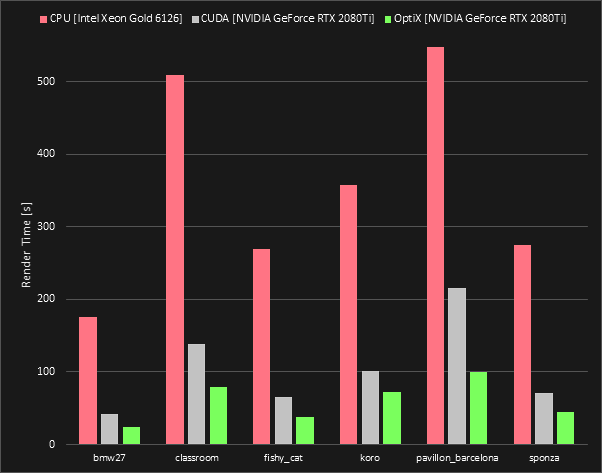 The OptiX backend was contributed by NVIDIA.

A new Denoise node was added in the compositor, to denoise renders using OpenImageDenoise.

Compared to the existing denoiser, it works better with more complex materials like glass, and suffers less from splotchy artifacts. It also gives better results with very low numbers of samples, which can be used for quick previews. 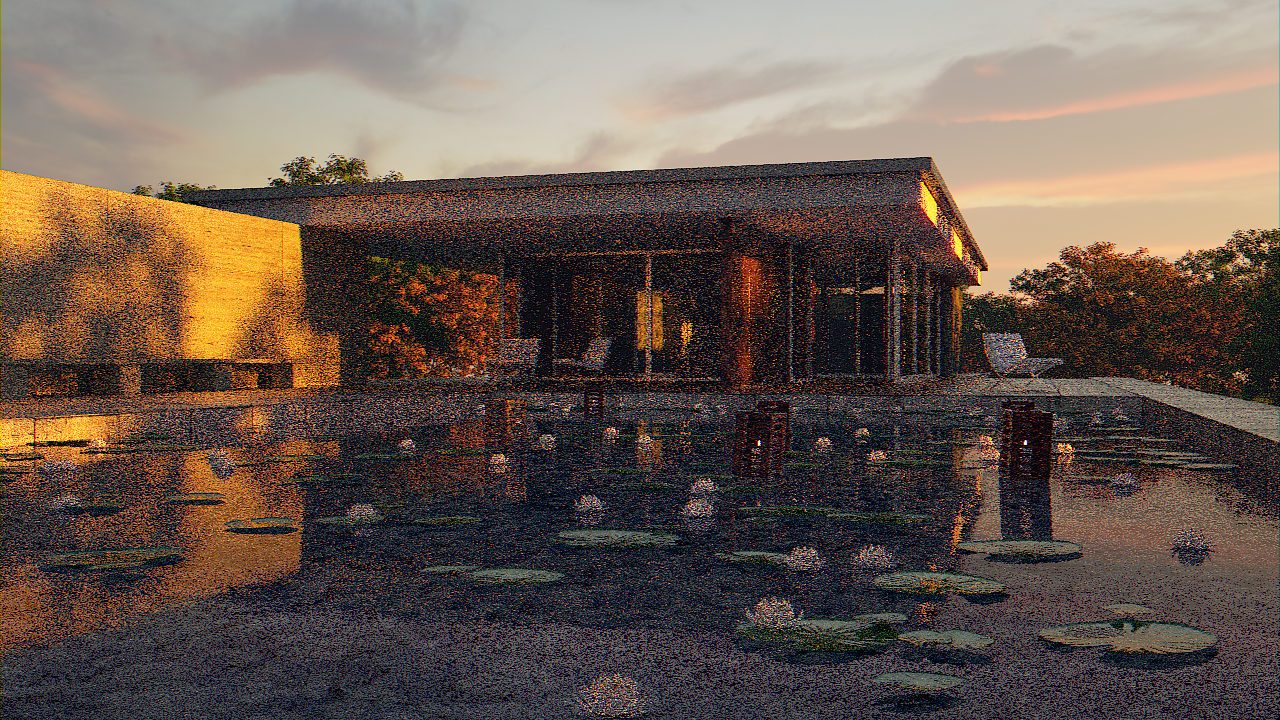 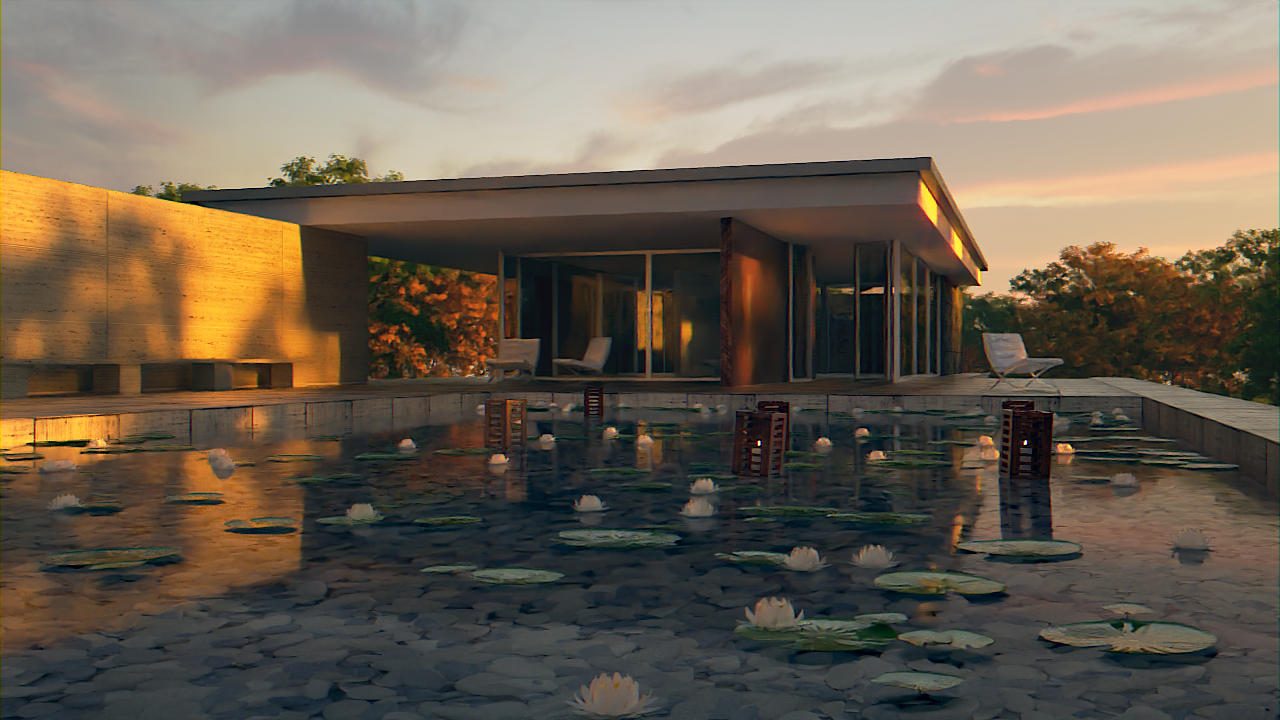 Not everything is EEVEE these days! Cycles got new and improved nodes, a new denoiser, adaptive subdivision stitching, custom HDRI picking from the viewport, NVIDIA RTX support and optimizations all over the board.

Read more
Preview Passes in the Viewport
Pick which pass to see while in Rendered shading mode. 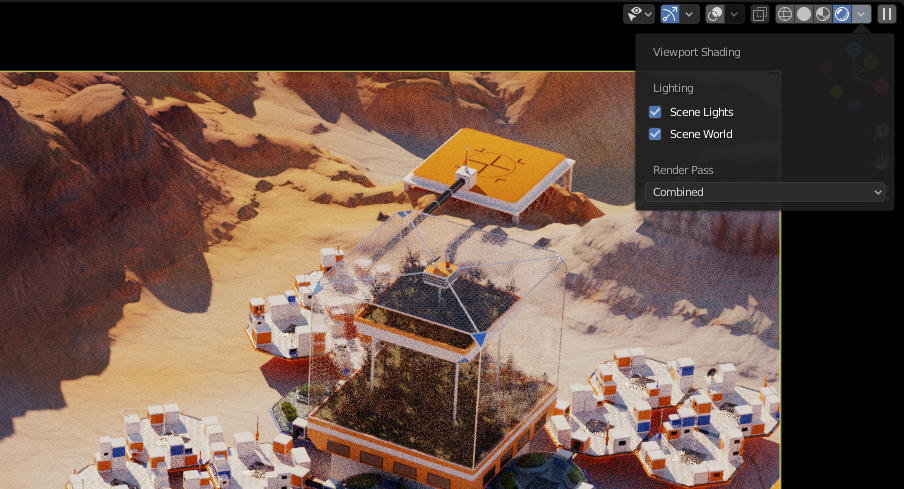 For convenient access to Color, Density, Flame, and Temperature attributes of smoke domains.

For convenient access to Vertex Colors and their alpha channel.

Linearly remap a value from one range to another.

Produces a random number based on input values.

Clamps a value between a maximum and a minimum values.

New operations and dynamically show number of inputs depending on the operation.

Location, rotation and scale are now node inputs that can be linked to other nodes. 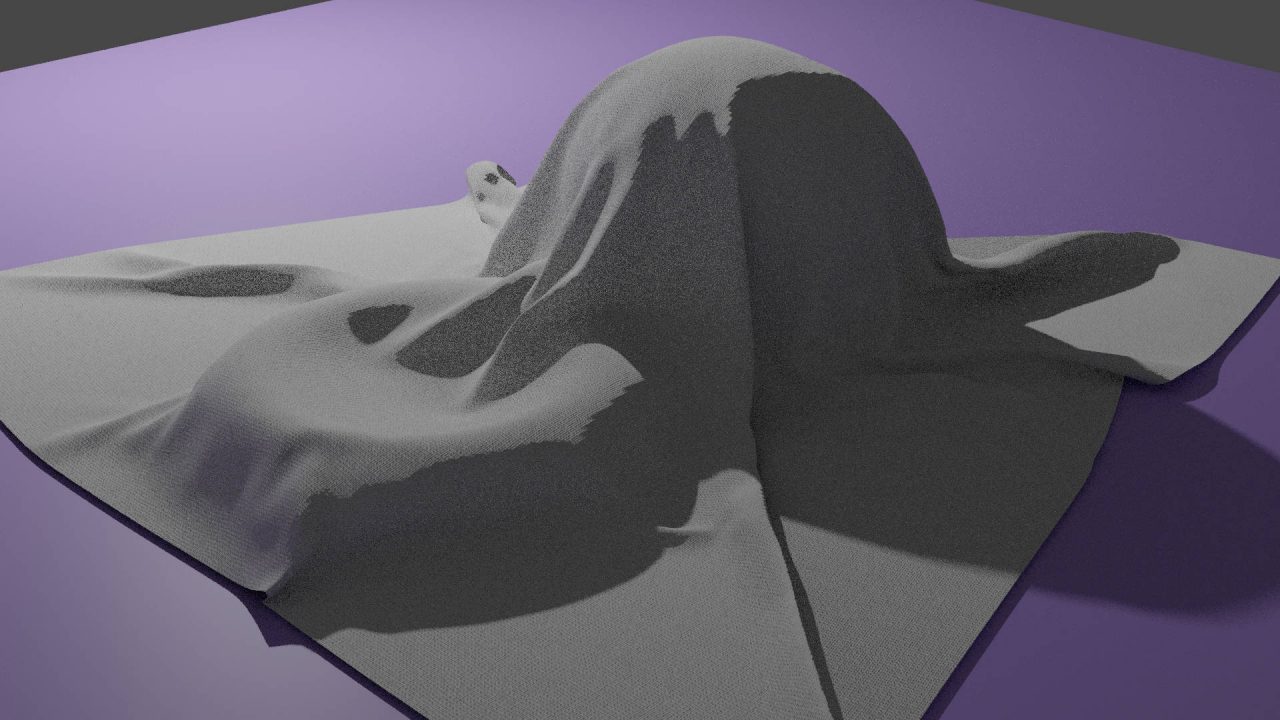 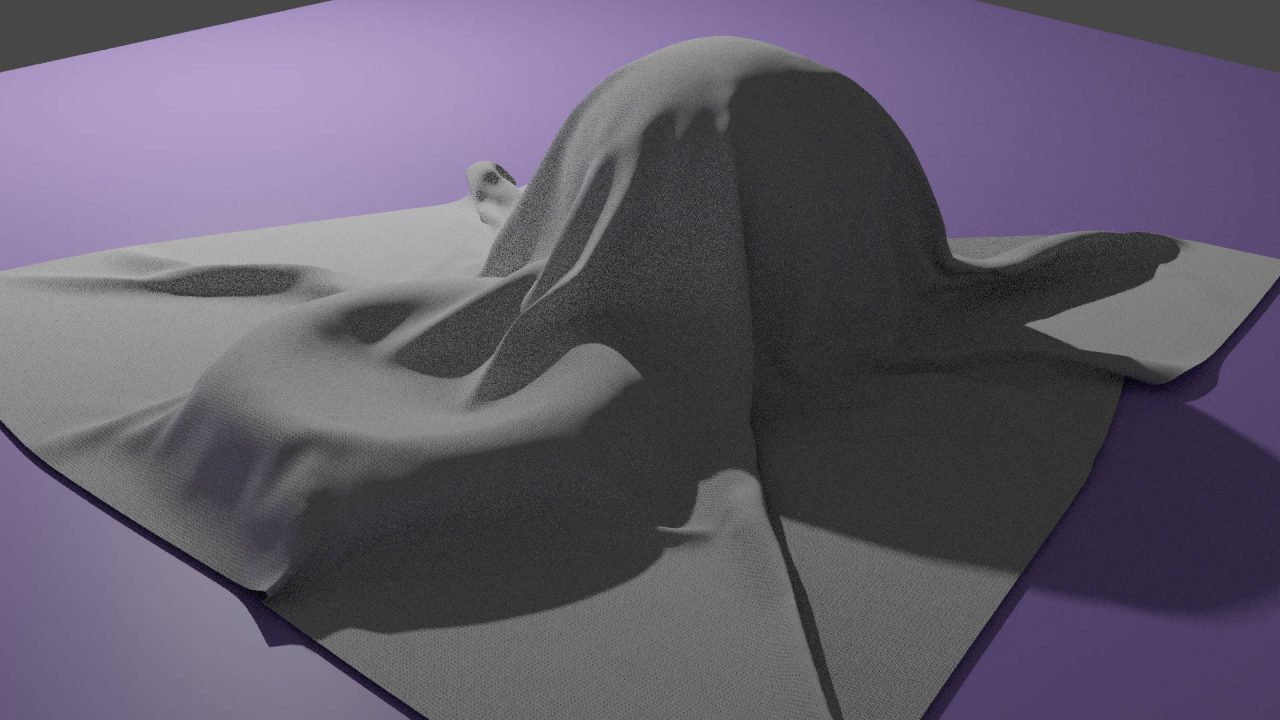 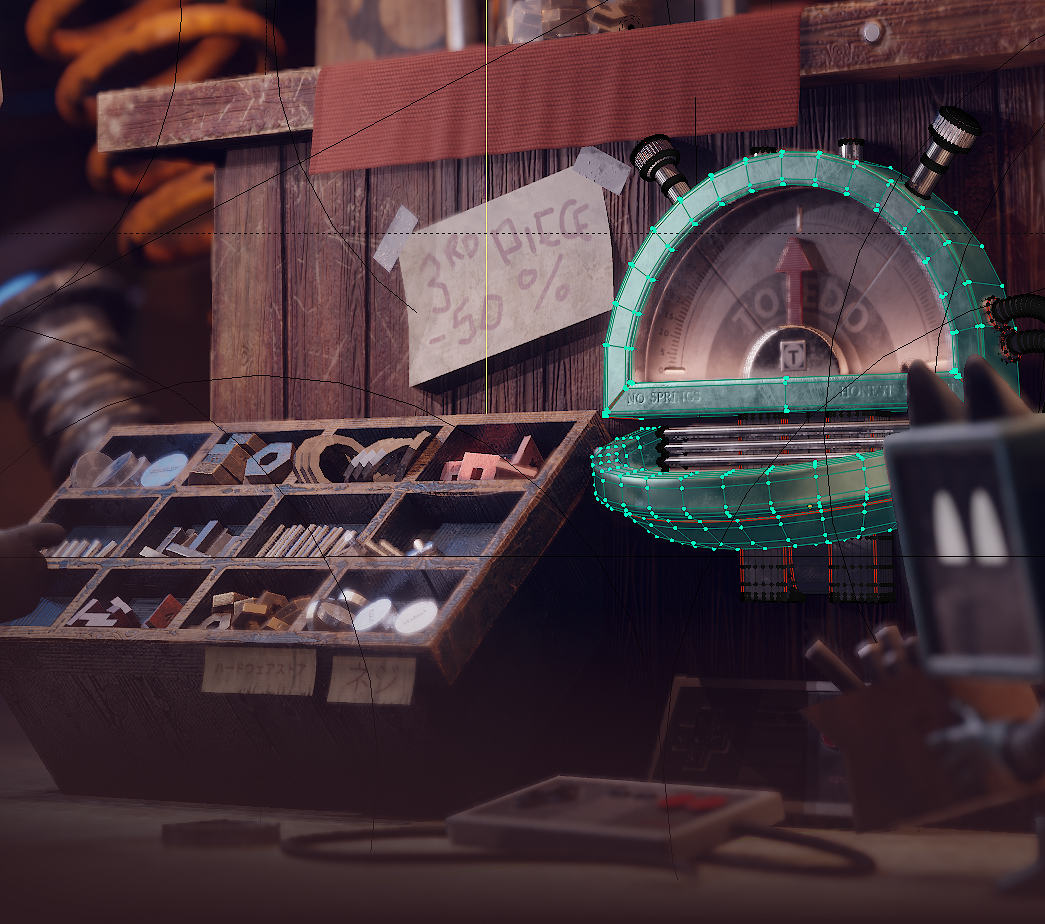 After making its debut in Blender 2.80, the real-time render engine got major optimizations and new features in this release. 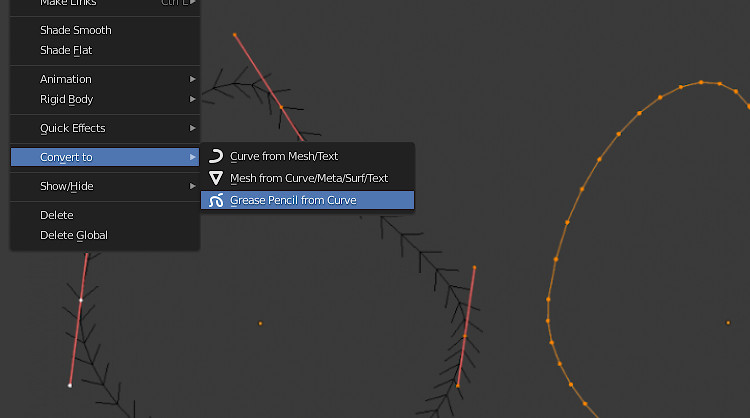 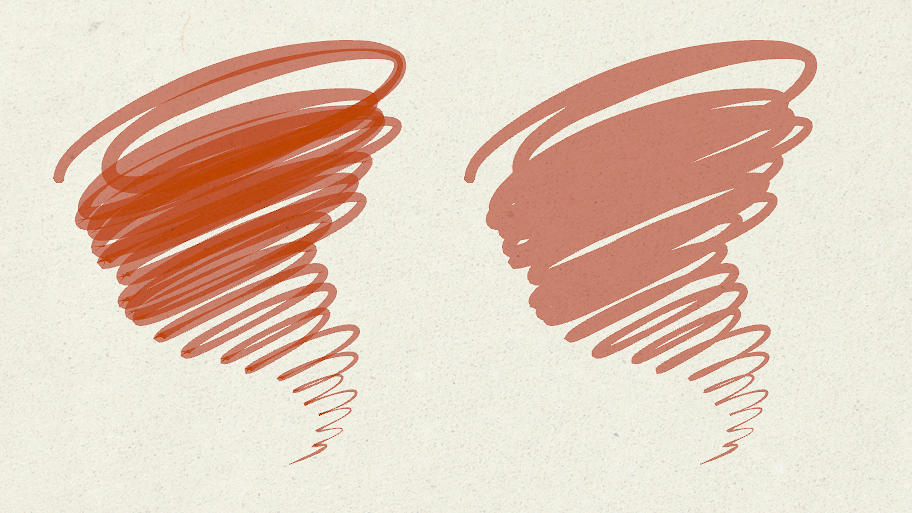 A new option in materials to disable the stencil effect on strokes. 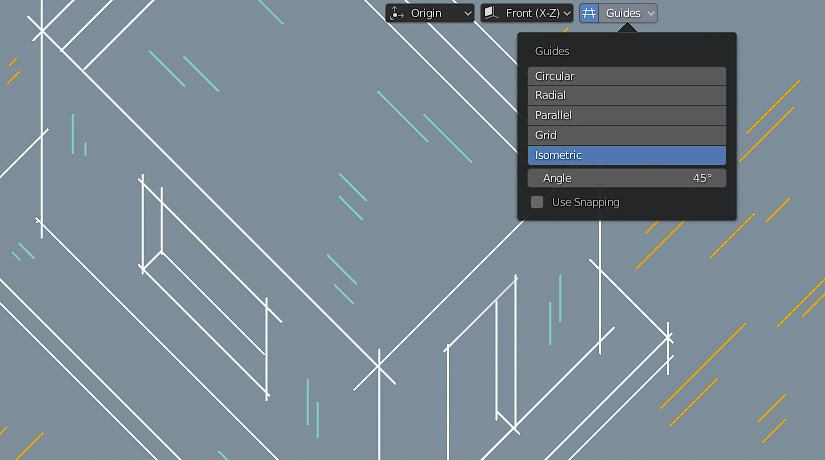 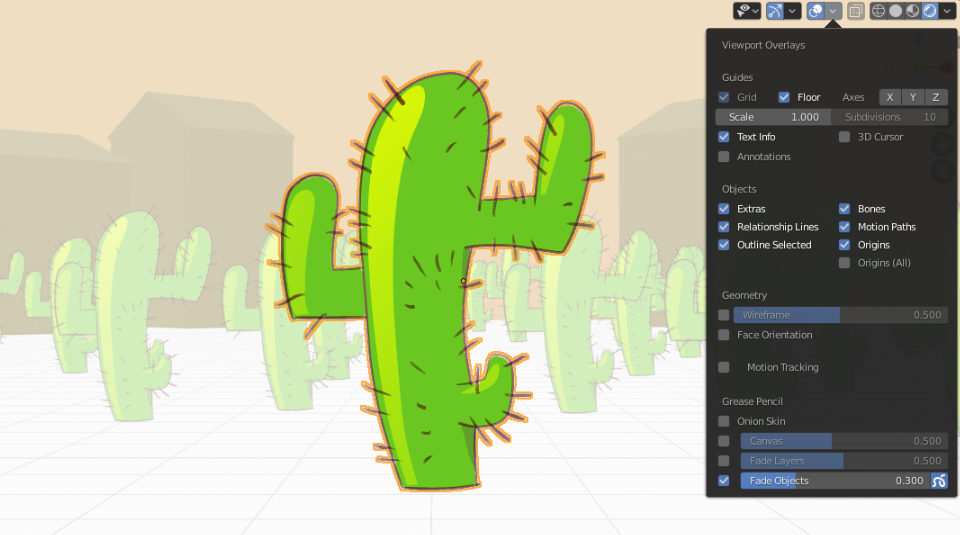 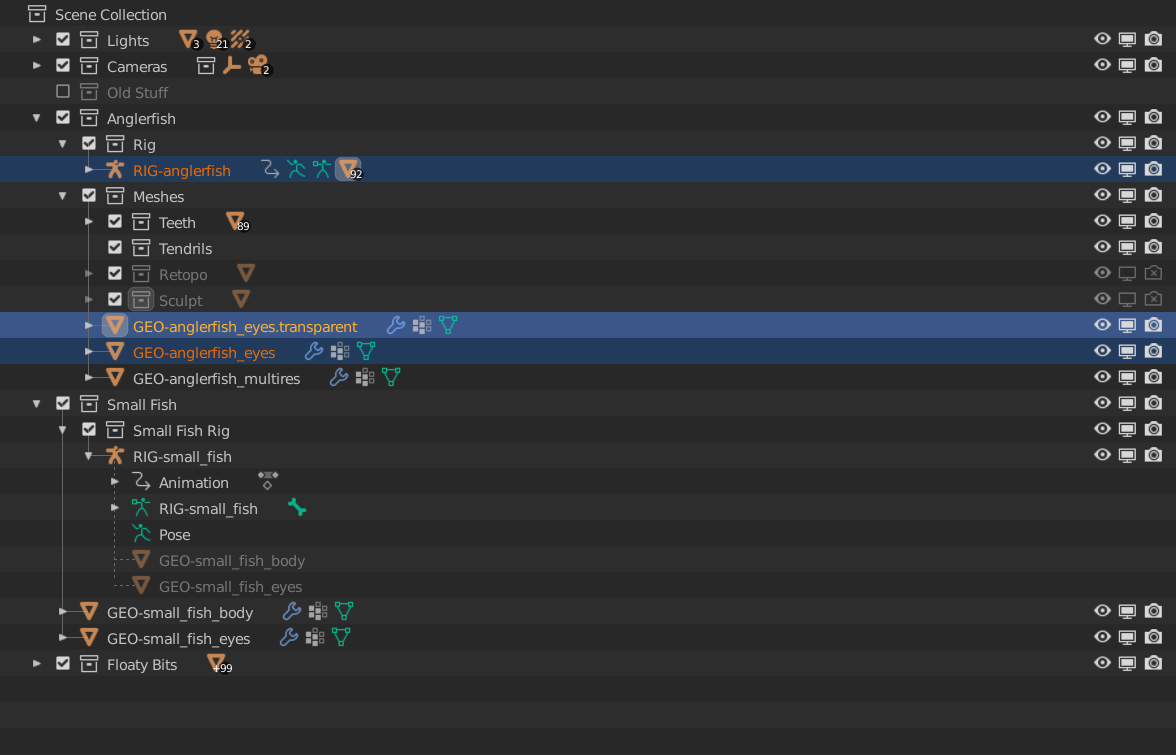 The outliner got a long-overdue pass on usability.

It's now possible to move object origins directly. This is an alternative method of adjusting the origin, previously only possible placing the cursor and setting an objects origins to the cursor.

You can now transform parents without affecting their children. 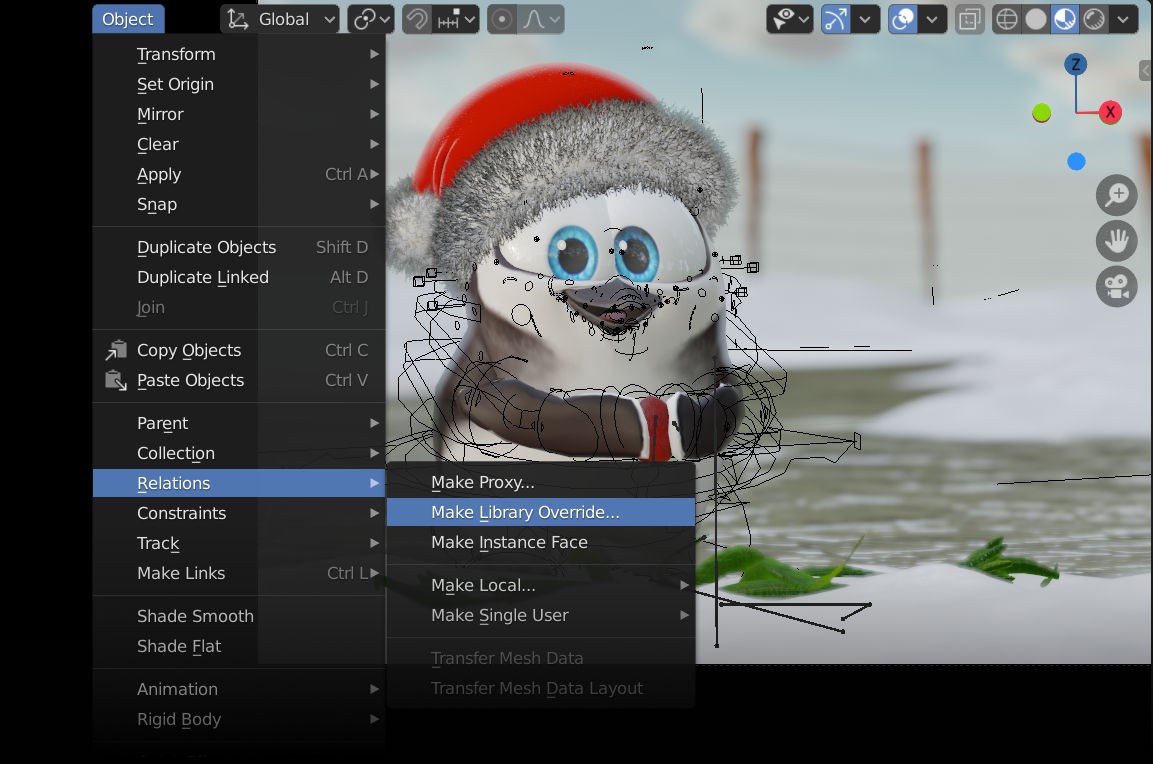 Library Overrides is the new system designed to replace and supersede Proxies.

Most types of linked data-blocks can be overridden, and the properties of those overrides can then be edited.When the library data change, unmodified properties of the override one will be updated accordingly.

The viewport and workbench also got improvements in this release.

Each viewport can now have its own set of visible collections.

Workbench matcaps can now be OpenEXR images with separate diffuse and specular layers.

Mesh analysis overlay now supports meshes with modifiers, instead of only the original mesh.

Image objects can now be set to display only in side views for a better workflow when used as reference.

HDRI studio light strength can now be controlled in the shading popover.

Improvements were made to rendered preview so it supports turning off all scene lights and custom world HDRI, for look development (now also for Cycles!)

Where you could previously rename the active item with F2, you can now also batch rename all selected items with Ctrl F2.


"
Check out the official announcement on Blender.org